Get fresh music recommendations delivered to your inbox every Friday.
We've updated our Terms of Use. You can review the changes here.

by Geomatic vs Lagowski 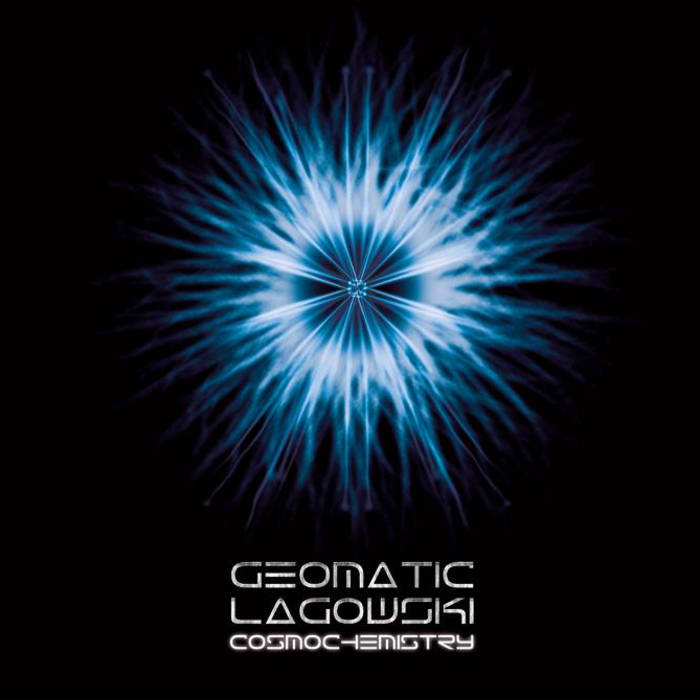 Dmitry Misharov One of the best of 2013 Favorite track: Neutron superfluid.

"By Side -Line : Stéphane Froidcoeur"
This album is the meeting between 2 great composers active in the wider industrial fields. Geomatic belongs to the most creative generation of talented composers, which is mainly inspired by tribal & IDM. Andrew Lagowski is an old servant of the industrial scene who explored multiple creative grounds, got involved in numerous collaborations and projects.
The idea behind this concept deals with ancestral dimensional coding, space, science and the unseen. “Cosmochemistry” is meant to be the symbolic key to enter in new/other dimensions. The concept sounds a bit surreal, but musically this opus is a brilliant production.
Geomatic remains faithful to its typical Eastern-mystic atmospheres and tribal influences we discovered on outstanding albums like “Blue Beam” and “64 Light Years Away”. The input of Lagowski appears in the darker and sometimes experimental passages of this work.

The album features 9 cuts, which progressively rise to an absolute apotheosis, and finishes with two brilliant remixes by the french industrial duo Ex_Tension and Dj Element (aka Laurnt Le Fers label manager at M-tronic).
The bewitching Eastern-like atmospheres lead the listener into an imaginary world where he’ll get the impression of becoming a sort of new Indiana Jones in search of an old secret. The down tempo rhythms inject a sexy, tribal and essential element to the work. It also sounds quite industrial-like although the sophisticated electronic layers and arrangements are pure IDM-like. The rhythms remain a very important item behind this work.

The progression of the tracks left me breathless. Both artists perfectly know the way to built up a song until it reaches a pure sonic orgasm. “Plasma Spirals” is the ultimate track in the genre, which gets you in its grip for more than 8 minutes.

The electronic treatments are absolutely awesome. The tracks were achieved with subtle, little details. Moving in between space-like tones, cold sound waves and Eastern inspired atmospheres this opus brings you in a state of trance. The 2 final cuts are quieter although featuring similar ingredients. It’s a more evasive and ambient format to end the album.

Conclusion: Geomatic remains one of my absolute favorite projects and again reveals a genius taste to create an unique sound while Lagowski is an artist I’ve often admired for similar reasons. “Cosmochemistry” first of all is pure sound chemistry and will be for sure one of the best albums of 2014 !

Full Tracklisting of the Album :

The Hammer and The Relentless from the Boston band Malleus stop by for a chat.