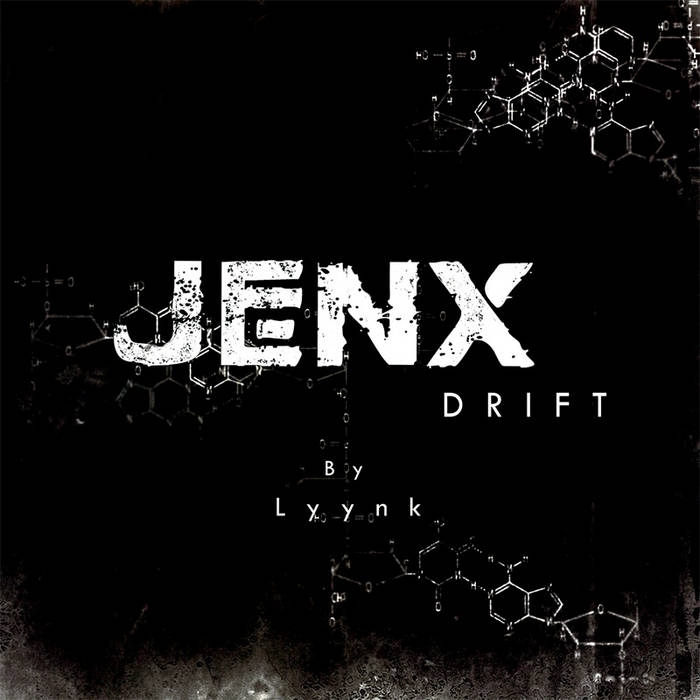 DRIFT is new JENX’s album revisited by Lyynk (keyboard / sound designer from the french industrial-­metal band) and will be released on february 4th 2014 by electro label M-Tronic. This album is a real electro industrial explosion to be compared with the best songs of the likes of Frontline Assembly or Die Krupps, massive production and killers hits for the dancefloor !
Inspired by Enuma Elish, their last album released in 2012, Lyynk creates with DRIFT a total revisit of Jenx’s tracks, on which he had participated in the initial composition. A completely re-imagined content, an alternative version of Enuma Elish through a deep immersion into Lyynk’s world, much more electro – industrial, and experimental, drawing his influences from both Nine Inch Nails, Die Krupps, but also Depeche Mode, Digitalism or Aphex Twin. Beyond a single remix, DRIFT is the result of the wish to deconstruct the work that had been done, and the possibility to take Jenx’s music in a real different way. Drums are replaced with electro and samples, synths substitute for real guitars, harmonic progressions are completely rewritten. Rearrangements, destruction or development of ideas from Enuma Elish, DRIFT uses several methods : musical decomposition or recovery of elements, always in an electro , industrial and experimental spirit. With 6 tracks and a 40-­‐minutes album, DRIFT is the culmination of a reflection on both substance and form.
DRIFT starts with "Inner View", first 11-­‐min track, which is a decadent medley of the whole album Enuma Elish, and takes us from the opening into its history : the listener turns into a character, actor in a road-­‐trip, "Blood Obsession" played in background on radio, and then the impact... From the shock, a series of Enuma musics will be replayed as reinterpreted in a coma. The subconscious mind will recreate the album with another point of view, near delirium, so distorted. Abuse of power, distortion, acceleration, lulls , light falls irresistibly in limbo... Cerebral shoot, a descent into hell orchestrated by Lyynk with psychedelic movements. The album goes on with "The Flood " and "The Loss", revisited versions from eponymous tracks, completely revised in electro ‐ industrial genre which are pure dancefloor hits !
Here is a powerful and dark experience that will extend the addictive power of the album by playing on clubs & festivals in 2014. In the past the band already played with respected artists such as Oomph, Paradise Lost, Gojira, Punish Yourself, Les Tambours du Bronx ...

Review of the album in Brutal Resonance web (Uk) : www.brutalresonance.com/review/jenx-drift/

review of the album in "Planet Mosh" web (Uk) :
planetmosh.com/jenx-revisited-by-lyynk-drift/

Review of the album in "Chain Dlk" web (Uk) :
chaindlk.com/reviews/index.php?type=music&category=0&sheet=8&search=danceable

Review of the album in "Pure Grain Audio" web :
puregrainaudio.com/reviews/jenx-drift-remix-album-by-lyynk