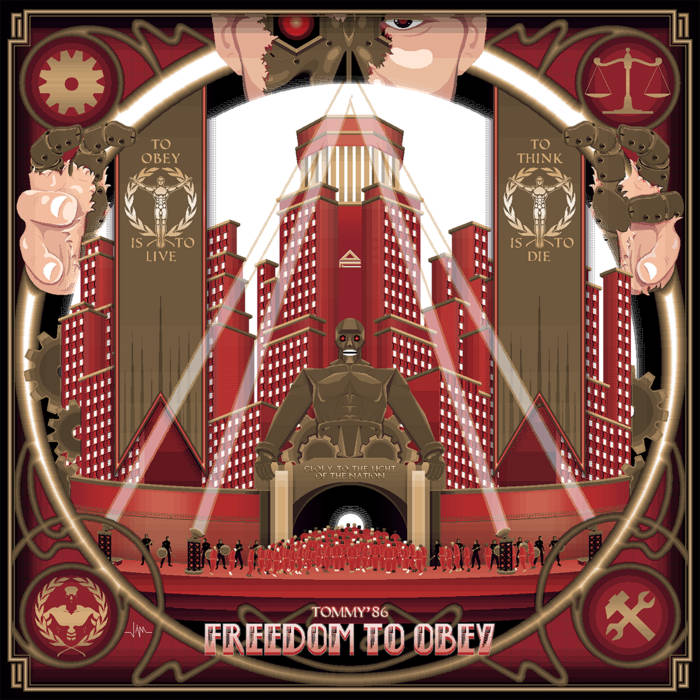 late After Transhumanism, Tommy has elevated his sounds to a new level with the release of Freedom to Obey. A must buy for any fan of Tommy or synthwave. Favorite track: Thoughtcrime.

Matthew Toye Tommy '86 returns with another dynamic synth festival. He reinvents himself with every release, and this is no exception. There's a nice balance between glittering beauty and hard hitting disco. Favorite track: (Sur)vivre.

XARGON As a big fan of Transhumanism I can only say wow, this is next level. The dystopian cyberpunk vibe is stronger than ever and each track is really well constructed. A great work of the Synth genre. Favorite track: Freedom to obey.
more...

Active since 2011, the retrosynth scene quickly took notice of Tommy '86, a French electronic musician, for his high-quality, pulsating, italo-disco sounds. He has released several albums and EPs, dusting off the prototypical production styles of the '80s blended together with a modern touch.
Growing up with the sound of the 90’s, in particular with Daft Punk’s music which represents most of his musical roots, Tommy ’86 will later discover the musical universe of the 80’s through his parents’ vinyles and cassette tapes. His inspirations are wide, from Jean-Michel Jarre to Daft Punk, including College (and all the Valerie Collective), Lifelike, Phoenix, Kraftwerk, John Carpenter or Vangelis.
He has collaborated with Sally Shapiro, Perturbator or Dan Terminus. He also did lot of remixes for various artists, including an official remix of Lifelike and Popular Computer "Getting High", as well as remixes of the Crypt of the Necrodancer indie game soundtrack.
In 2016, Tommy '86 signed with the finnish label Blood Music, which releases his music for the first time on CD and vinyl.
In 2018, Tommy '86 is back on our label M-tronic and will release mid may his best and most mature album so far entitled "Freedom to obey" consisting in 13 tracks with splendid artwork by Jim Gennisson.
The album is now open to pre-orders in 3 different formats:
- Digiack CD album
- Digital HiRes 24bit