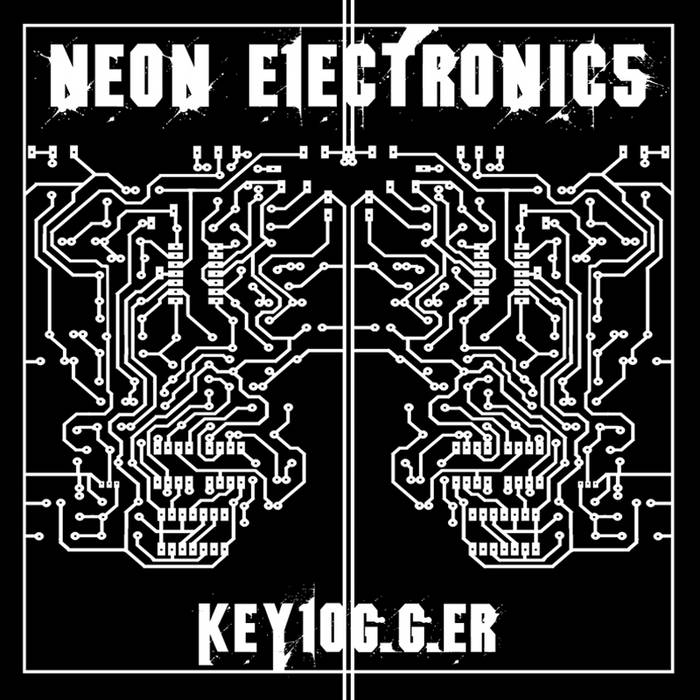 It’s not quite obsessive–compulsive disorder yet, but still…
Because for Dirk Da Davo aka Neon Electronics, there are no alternative options: over the years, heart, soul and drum machine have merged into a near mystical, throbbing undercurrent, where dented synths lay down grooves to make the night get up and shake some. So, on “Keylogger”, he keeps on kneading his own Semtex, as he has been doing since the eighties, be it as one half of The Neon Judgement or in his own Neon Electronics. With lyrics that still go for the sore spot (‘Greed’, ‘Under The Worst Condition’, ‘Mother Earth’), yet refuse to succumb to defeatism. With dark, thrilling beats and sonic attacks that nevertheless contain a hybrid funkiness. With a heartfelt rendition of soul buddy Luc Van Acker’s ‘The Fear In My Heart’. Or with Jean-Marie Aerts (JMX), legendary TC Matic guitar god / producer, in the almost lighthearted ‘This Thin Air’. And all this with the authenticity of the seasoned musician who, at the same time, welcomes the opportunity to hook up with some young guns like Radical G (‘Glimp’, ‘Over And Over’ , Rhythm) or Bodyspasm (‘Plastic World People’).
In a way, it’s the ultimate proof of the fact that the electronic scene (of which Da Davo was one of the founding fathers) over the years has become a thriving community where different generations reserve a raised middle finger for the cynical conceit of the powers that be, and where music is not a commodity, but a vital constituent of a view on life itself. So when Dave Clarke immediately added a prerelease of Neon Electronics’ ‘Over And Over’ to the Top 10 of his White Noise Radio Show, it wasn’t by means of lip service or tribute, but because the track belonged there. Small wonder then, that the French M-Tronic label enthusiastically decided to distribute “Keylogger” worldwide.
Choose your chemical element, choose Neon Electronics "Keylogger" (catalog number: Rb37)