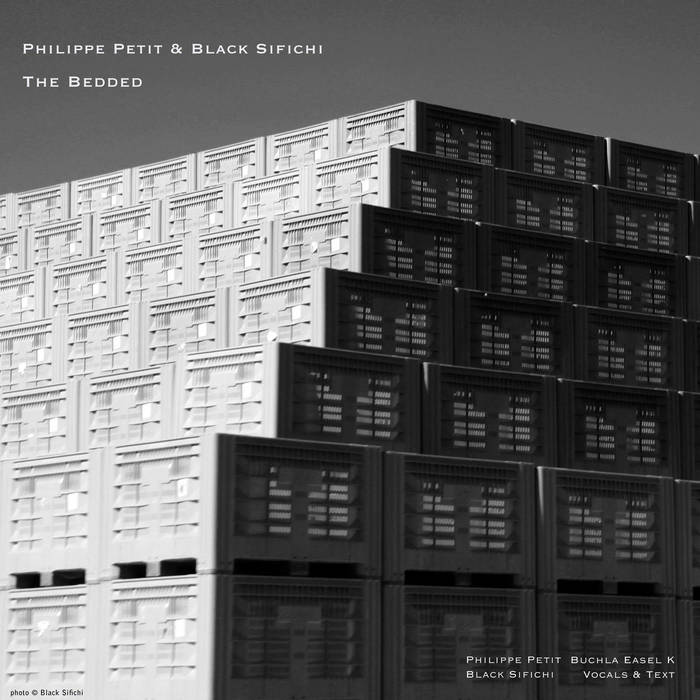 Since the early 2000s Philippe Petit has been performing the world, playing festivals all over Europe, Russia, Poland, Canada, USA, Mexico, Australia & Asia...
Feeling lucky to release on several international labels such as Aagoo, Southern UK, Monotype, Sub Rosa, HomeNormal, Important, Public Eyesore, Utech, Staubgold, etc...
Relying on electricity/amplification, electronix to produce, manipulate, work on sound-material, Philippe is constantly trying his best to explore various genres and make sure that each album differs from the previous one, trying to avoid routine and surprise listeners.
Philippe studies Electroacoustic music at the CNRR Conservatory of Marseille where he is specialising in multi-channelled diffusion (Acousmatic spatialisation) and Modular Synthesis.

On « The Bedded » he is only using his Buchla Easel K "The Electric Music Box ».

A journalist for various magazines/radios since 1983, as well as a musical activist, Philippe has celebrated 35 years of activism, sharing his musical passions...
He was also the man behind the cult labels Pandemonium Rdz. and BiP_HOp.

Do we really need to introduce Black Sifichi to you ???

A very active radio programmer for more than 20 years : at Radio Libertaire & Nova Radio. He hosts "Audiometric" since 1999.

Above all he is an active Photographer!

Throughout the past 20 years Black as collaborated with many artists or musical projects : The Black Dog (Warp), BlackNox (with G-Nox) (Optical sounds), Simon Fisher Turner, Burnt Friedman or Superd Stoned (with Norscq), Ez3kiel, Brain Damage & High Tones (Jarring Effect), Strings of Conciousness , Olivier Mellano, 2kilos &More, Von Magnet, DEF and many many others.

Review of the track in IRM mag (Fr) :
www.indierockmag.com/article32644.html